Skip to the content
New Rep Gala 2019
Thank you for joining us for the 2019 New Rep Gala, celebrating the start of our 35th season.
The Commander's Mansion

Thank you all for making New Rep’s 2019 Gala: Entr’acte one of our most successful and well-attended Galas in years.  We had nearly 200 people with us, and thanks to your generosity, we exceeded all our expectations!

Last night would not have been possible without the hard work of many people. We want to extend our deepest thanks to our Honorary Gala Chairs, Gala Committee members, honorees, the Commander’s Mansion, volunteers, vendors, restaurant partners, artists, sponsors, and of course attendees.

If you were unable to attend, but still would like to contribute, it’s not too late. Please make a donation on our website here:

Thank You For Celebrating Our Honorees With Us!

Take a moment and get to know our honorees for this year’s gala! 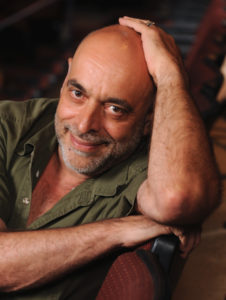 Jim Petosa joined New Repertory Theatre as an award-winning theatre artist, educator, and leader in 2012. He has served as Director of the School of Theatre, College of Fine Arts, at Boston University since 2002, and Artistic Director of Maryland’s Olney Theatre Center for the Arts and its National Players educational touring company (1994-2012). While at BU, he established the Boston Center for American Performance (BCAP), the professional production extension of the BU School of Theatre, in 2008.

Throughout the Northeast, Mr. Petosa has directed for numerous theatrical institutions and productions, including Brecht on Brecht, Good, Freud’s Last Session, Broken Glass, Assassins, On the Verge, The Elephant Man (IRNE Nomination), Amadeus, Three Viewings, The Last Five Years, and Opus at New Rep. In Boston, his work was nominated for two IRNE awards for A Question of Mercy (BCAP). He has served as one of three artistic leaders for the Potomac Theatre Project (PTP/NYC) since 1987. In Maryland, his work earned over 25 Helen Hayes Award nominations as well as the award for outstanding direction of a musical for Jacques Brel Is Alive And Well… His production of Look! We Have Come Through! was nominated for the Charles MacArthur Award for outstanding new play, and he earned the Montgomery County Executive’s Excellence in the Arts and Humanities Award for Outstanding Artist/Scholar.

A member of Actors’ Equity Association, Mr. Petosa has served on the executive board of the Stage Directors and Choreographers Society, and currently serves on the Board of Directors for StageSource. Originally from New Jersey, he was educated at The Catholic University of America and resides in Quincy.

Donald Fulton was born and raised in Everett, MA. He was an exceptional student at every level and later graduated from MIT as an electrical engineer. He furthered his education at Northeastern and received his MS in 1966. Over the next forty years, Don expressed his creative side by attending theatre and taking adult ballet classes, while working as an electrical design engineer. He began at the Joy of Movement Center in Cambridge, where he went after work because it was next to his lab at the MIT.

Later, he attended adult classes at Boston Ballet School in Back Bay, and even morning class in a Gothic Revival church in Harvard Square.

Fulton’s wealth came from his innovations in motor engineering. He got his start doing a co-op at an MIT lab, now called Draper Laboratory. He continued working at the lab for the next 15 years, where he discovered errors in the widely accepted motor programming of the time. In 1980 he developed the “Induction Motor Controller with Rapid Torque Response,” and in 1982 was granted U.S. patent 4,348,627 — one of 14 his estate holds today.

In 2014, he was diagnosed with an incurable blood cancer. This is when Donald became serious about donating his money to the arts. He has donated several million dollars, divided between thirty one organizations both big and small, including New Repertory Theatre. He inspired others in life, and now he inspires once more with his final gifts. He was deeply loved, and it is always a sad day when the arts lose such a patron. His investment in New Rep has become the seed for our new initiative, the Fulton/Friedman Encore Society. 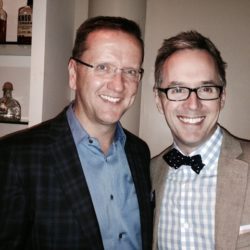 Dan Newton has over 25 years of corporate tax experience, providing calm leadership and clear direction for organizations at their most critical moments. He has worked with large public accounting firms and multinational companies to bring his financial acumen to bear on challenges across the spectrum.

Chris Flynn has served as a Fortune 50 executive, board chair of the Human Rights Campaign (HRC), one of the nation’s largest civil rights organizations focused on LGBTQ equality, as well as other leadership roles in the tech, financial services, and non-profit sectors. In addition to his professional success, Chris brings a contagious level of energy and enthusiasm to everything he does.

Dan and Chris bring their passions to everything they do. Dan’s love of the stage began early, with performances in high school. While he didn’t return to the stage, he discovered a lifelong appetite and affinity for the performing arts. In his free time, Chris spent his focus on advocacy. Together, each of them found joy in sharing the other’s enthusiasm.

In 2001, Michael McCay, former board chair, asked Dan to join the New Rep board. Michael saw in Dan an invaluable skillset in finance and a deep love of theatre. After a conversation with Marcy Crary and then-Artistic Director Rick Lombardo, he decided to join the board.

Over the next fifteen years, Dan served in various invaluable capacities, including Treasurer, Vice Chair, and ultimately Board Chair. Dan’s leadership steered New Repertory Theatre through challenging financial times, successful Galas, and the move to Watertown, to name a fewaccomplishments. Chris has also supported New Rep as a long-time Advisory Council member and most recently chaired the search committee to identify our next Artistic Director.

“New Rep has done great work, and has built a strong foundation over the last 35 years,” says Dan and Chris. “It stands as a testament to what can be done when people come together to create something beautiful. We’re proud to be a part of New Rep, and we can’t wait to see the next act.”

Thank you to everyone that participated in this year’s Silent and Live Auctions.  Through your generosity, we raised over $14,000 from the auctions, wine spin and mystery boxes alone! 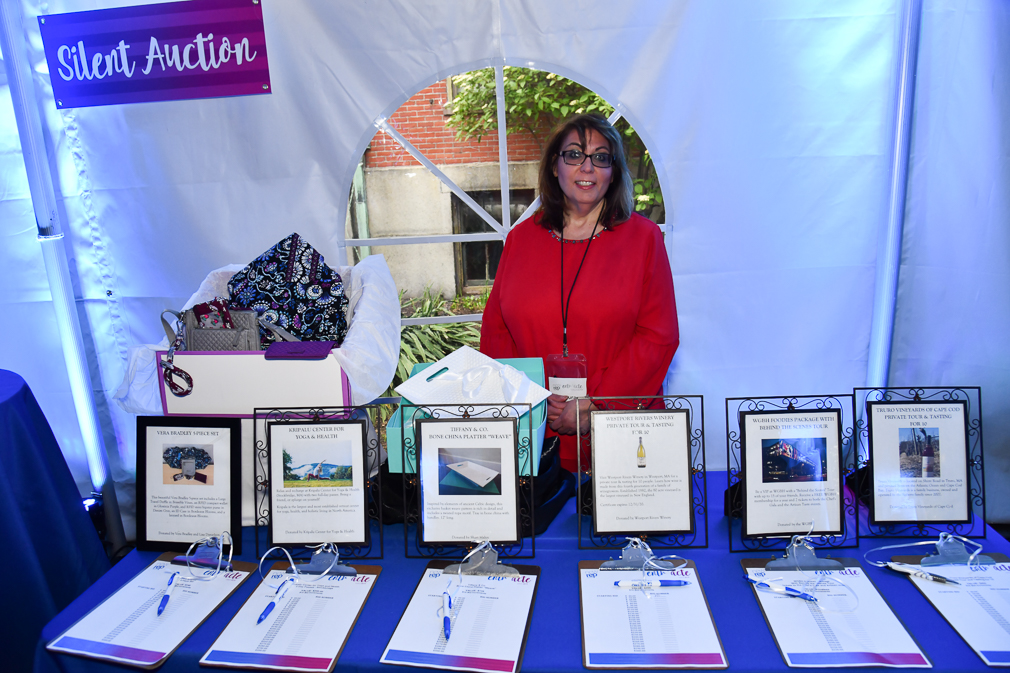 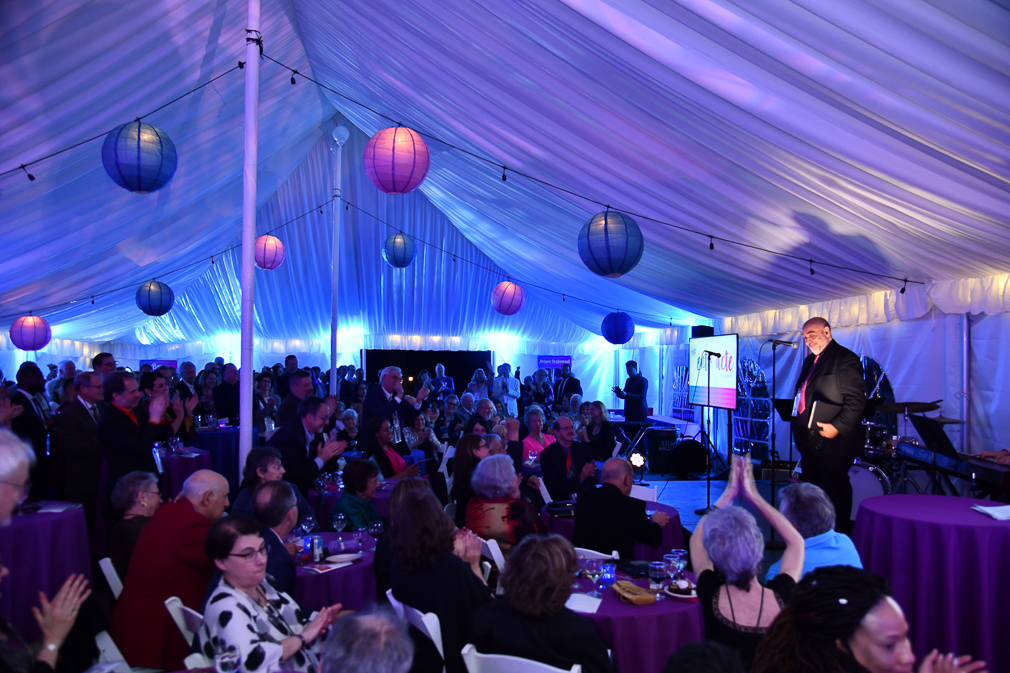 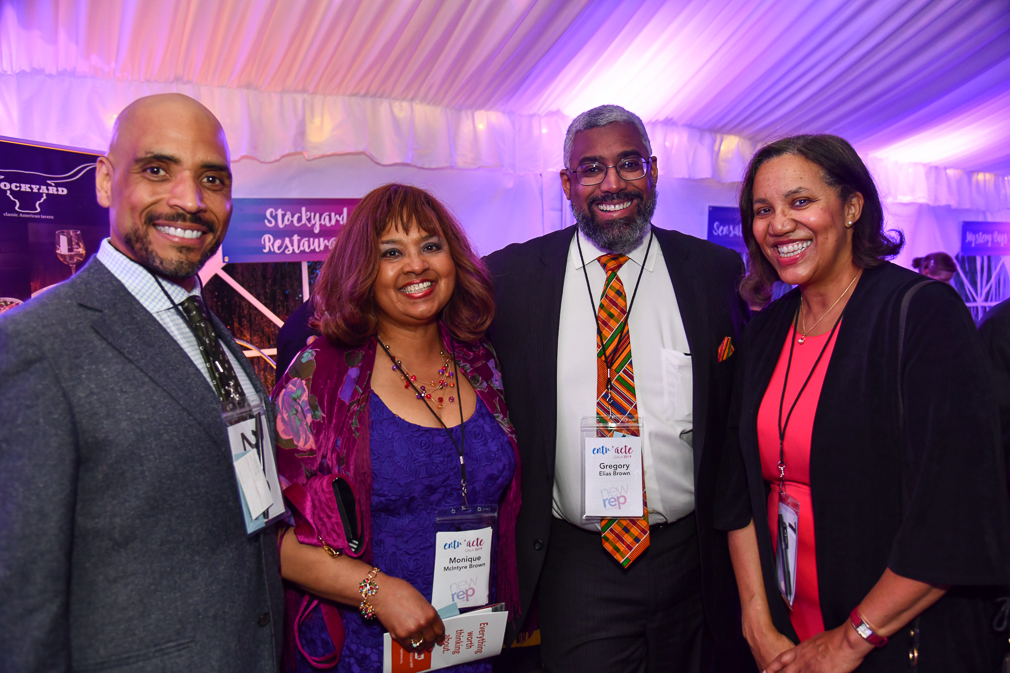 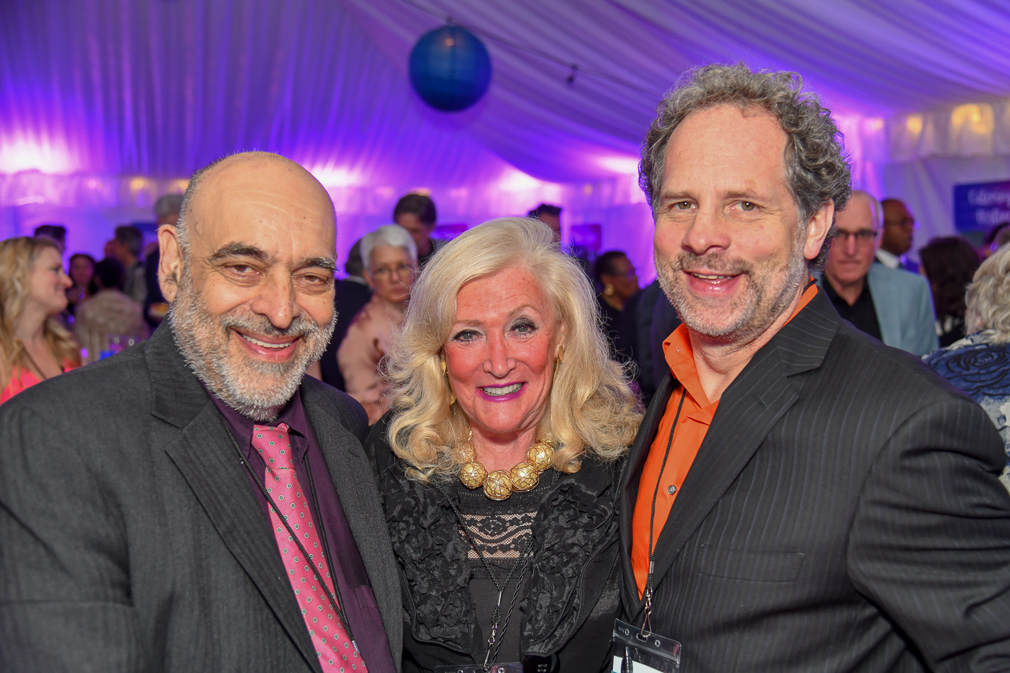 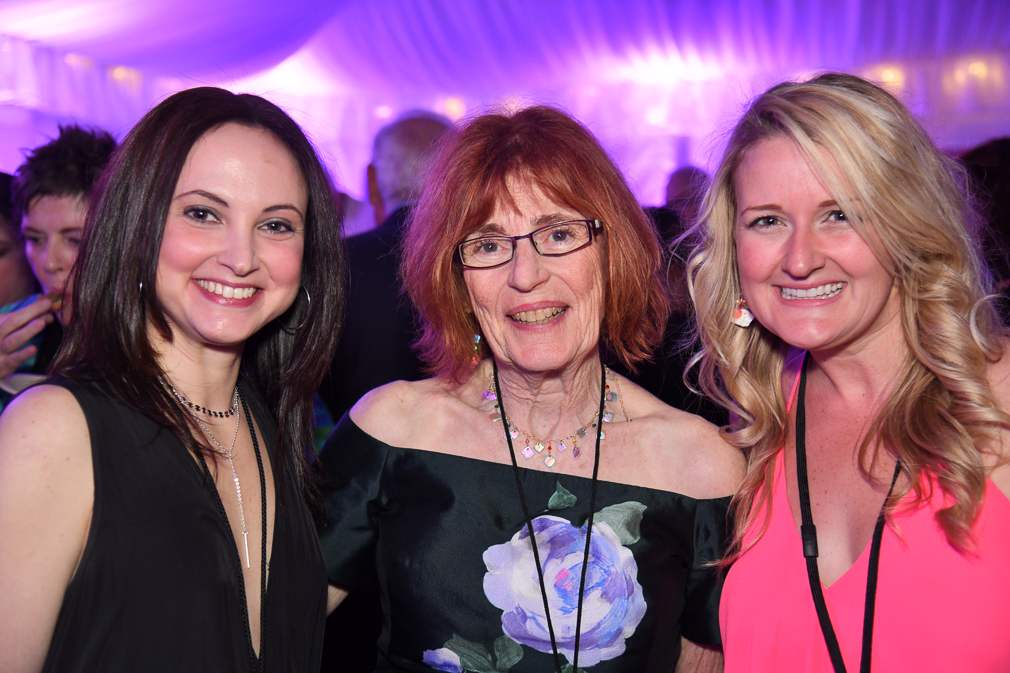 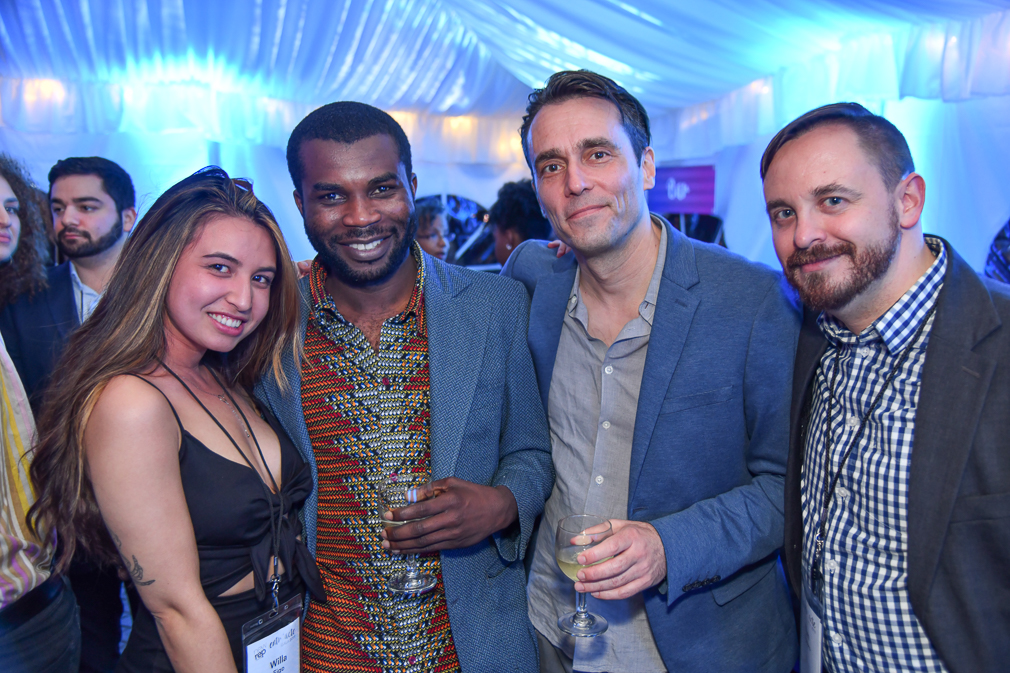 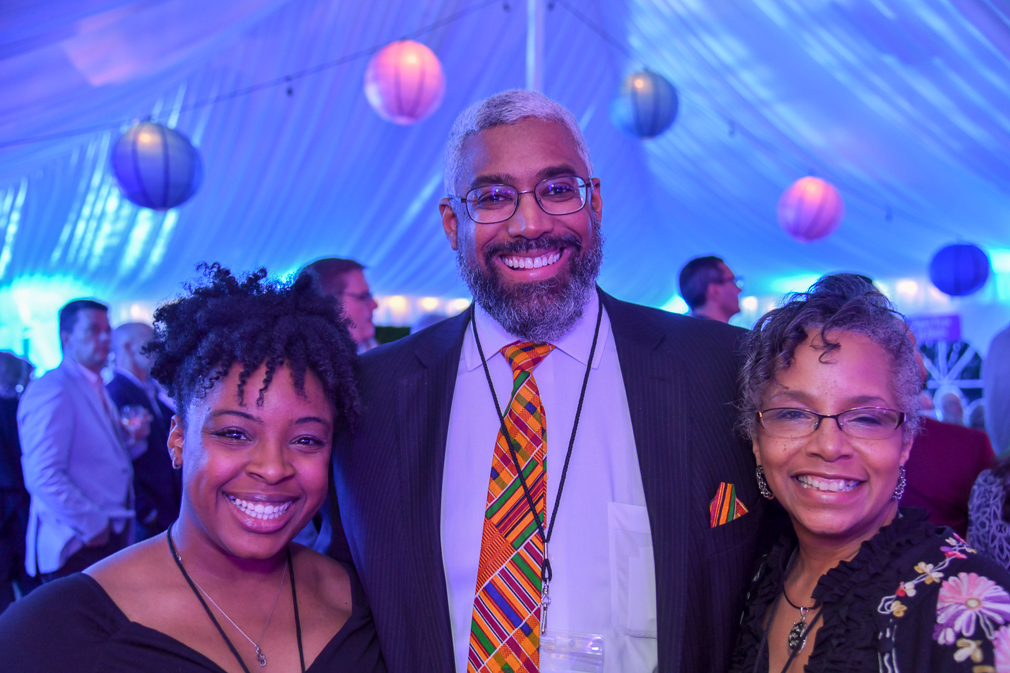 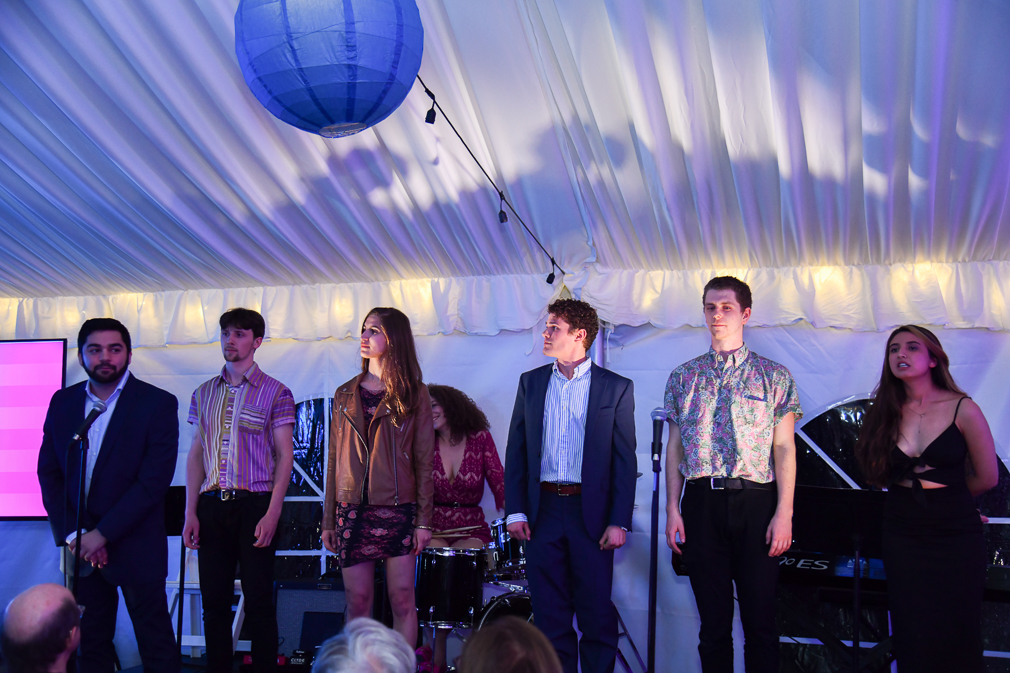 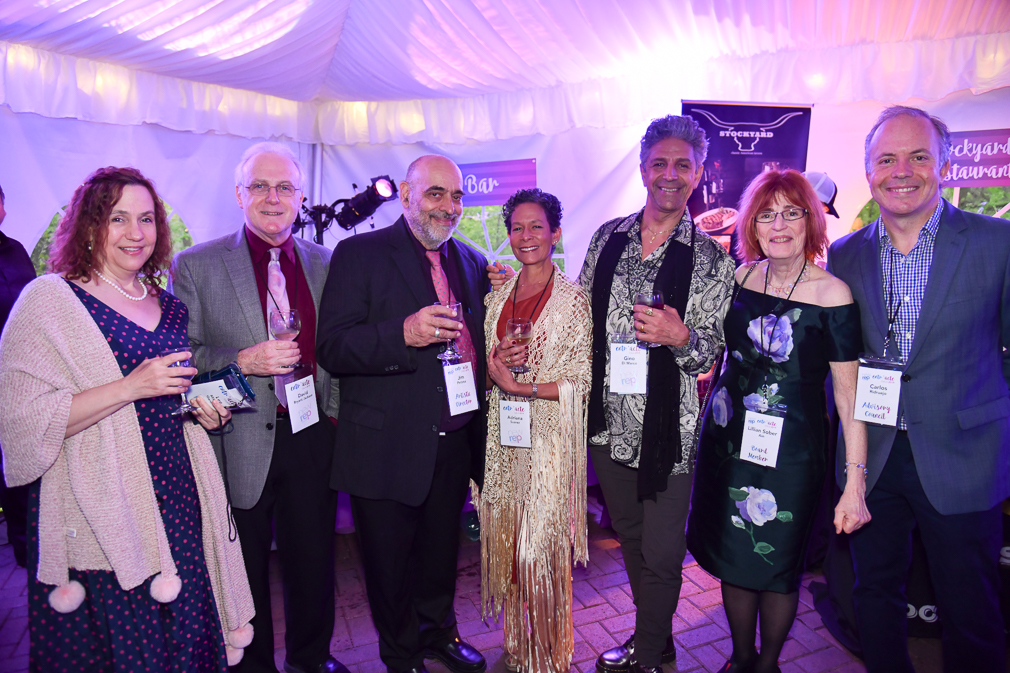